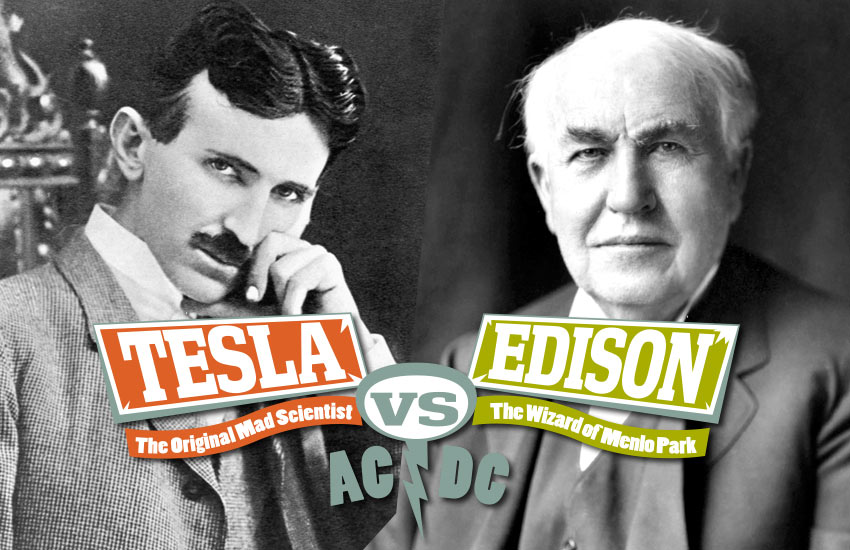 Beginning December 22, The Discovery’s Spark!Lab Smithsonian will host one of the most hotly contested bouts of all time: Tesla vs. Edison! 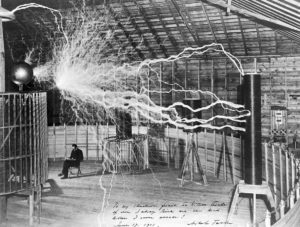 A multiple exposure image of Nikola Tesla sitting next to his “magnifying transmitter” generating millions of volts. Photo by Welcome Collection.

For more than 120 years Thomas Edison has been regarded as the preeminent inventor of our time. When the average person is asked to name an inventor, Edison is one of the first names mentioned. However, over the past few years Nikola Tesla has become the inventor of choice in popular culture. As both men have been dead for almost 75 years, what has happened to change public and popular opinion? What has caused the once beloved Edison to become reviled and discredited in pop culture, and the forgotten Tesla to become considered by many to be the inventor of…everything?

Edison and Tesla had very different approaches to science and invention. Nikola Tesla was highly educated and stated that he worked intuitively–an idea formed nearly full sprung in his mind–and he worked to bring it to reality. He was driven by a need to expand knowledge, worrying about the economics after. Thomas Edison did not have a formal education and so he worked deductively–experimenting in a highly organized way, fitting pieces together to build a commercially viable product.

Both approaches are important to invention and innovation. The world-changing idea AND the painstaking refinement into commercial viability go hand-in-hand. The next time you plug something into a wall socket or turn on a light, remember that without the work and genius of both Edison and Tesla, we would live in a very different world.

Through graphic displays and hands-on activities, this electrifying new theme in Spark!Lab invites visitors to explore the “Current War” between Nikola Tesla and Thomas Edison, and draw their own conclusions about which of these two revered inventors wins the battle for the greatest innovator.