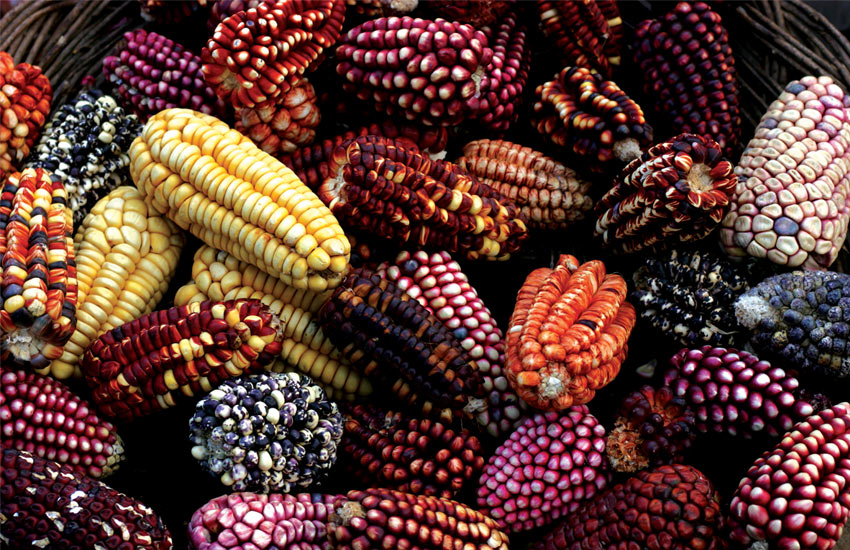 The Discovery is pleased to announce the opening of Maize: Mysteries of an Ancient Grain. Maize is the largest production crop in the world and plays a central role in all of United States agriculture and food production. Explore the science of maize, one of the most significant crops to humankind for thousands of years, and why it continues to surprise us today. Maize will be on exhibit through Monday, July 18, 2016.

This ancient grain was among the many organisms that evolutionary scientist Charles Darwin examined. In his travels to South America, Darwin recognized the tremendous variation in maize and its long history of intentional breeding. In regards to domestication, Darwin stated,

“Although man does not cause variability and cannot even prevent it, he can select, preserve, and accumulate the variations given to him by the hand of nature almost in any way which he chooses; and thus he can certainly produce a great result” (from The Variation of Animals and Plants Under Domestication, Charles Darwin, 1868).

The exhibition explores how scientists utilize the process of evolution to encourage the selection of “functional” and useful mutations for increased disease resistance, healthier and larger plants, and maintained diversity. The natural diversity within a species can provide a plant with a buffer against changes in its environment, providing the plant with the flexibility to adapt. Scientists are using conventional and molecular plant breeding to combat world health issues, such as Vitamin A Deficiency, a major health problem for millions of people in the developing world. In extreme situations, for example drought or disease epidemics, diversity can be essential for the survival of the population.

Learn about fascinating advances in the science of plant genetics, the history, the process, and the controversies. Don’t miss this opportunity to explore evolution in action through history and science in Maize: Mysteries of an Ancient Grain. Funding for this exhibition is from the National Science Foundation Plant Genome Research Program DBI-0820619.

Maize exhibition developed and managed by the Paleontological Research Institution and its Museum of the Earth located in Ithaca, New York. Funding for Maize provided by the National Science Foundation.