See Survival of the Slowest, on exhibit through January 8, 2023!
Learn More Learn More 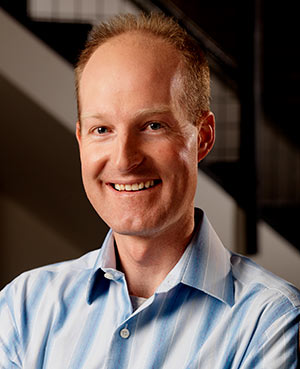 I’ve had many interesting and positive conversations with museum visitors over the course of the five years since the museum opened to the public. Routinely, kids will tell me about their favorite exhibit, or something they’d like to see added to the museum. Adults are usually willing to talk about what they find most interesting at the museum too, but the one thing I hear most is:

“I wish The Discovery was
here when I was a kid.”

I have to agree, The Discovery is an incredible asset for our community, and proof that when we rally together, we can accomplish the magnitude of tasks required to create an asset that is the envy of communities far larger than our own. One of our staff’s all-time favorite visitor comments from the museum’s first five years was how wonderful it is that the museum is so grounded in our state’s culture. The commenter went on to say that she wished there was a museum like The Discovery in her community. It is worth mentioning that she was from San Francisco.

I am especially connected to The Discovery because my involvement goes all the way back to 2004. Back then I was an art director at R&R Partners, the advertising agency that helped with the initial fundraising campaign for the museum. Caryn Swobe, the managing director at the time, connected with Chris Riche, The Discovery’s founder. Chris believed our community needed a center for hands-on experiential learning, and personally undertook the research needed to make sure our community could support such an endeavor. With a dedicated group of founding board members and a visionary group of partners and donors, from 2004 to 2011 the idea germinated into a full-fledged discovery museum housed in Reno’s former City Hall.

Since opening the doors on September 10, 2011, The Discovery has undergone a metamorphosis. The original idea of a children’s museum designed to serve families with kids ages 12 and under has transformed into that of a science center serving that core audience, and so much more. However, the goal remains the same: increase interest and engagement in science in our community.

I didn’t grow up in Northern Nevada, but I concur with many of the adult visitors to the museum. I wish something like The Discovery existed in my hometown when I was growing up. I’m sure that as generations come and go, comments from people wishing The Discovery was around when they were growing up will fade. What I hope doesn’t fade is the community’s support for the museum. And I truly hope the comment cards continue to rate it as high, if not higher, than its counterparts in larger cities like Sacramento, Portland and San Francisco.

Patrick Turner is the marketing & communications director for The Discovery.