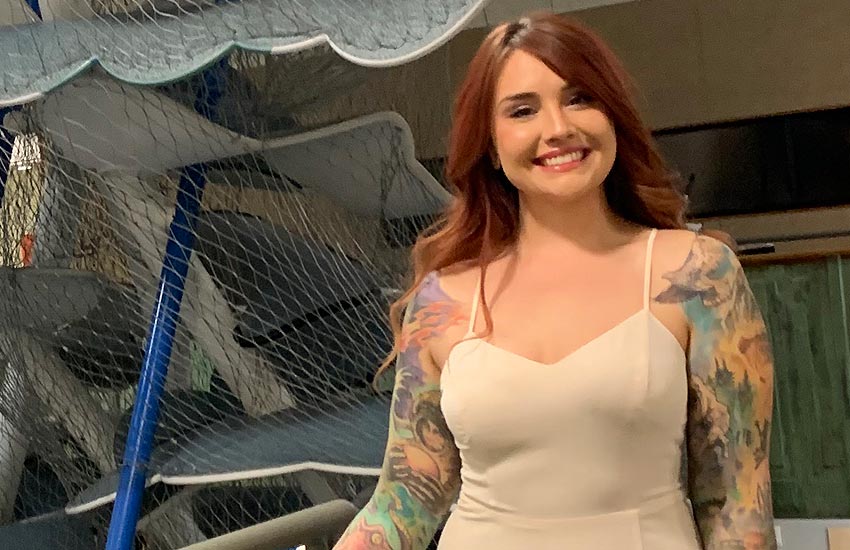 While she may have only just joined the team at The Discovery last year, Britney Tucker is no stranger to the museum’s charm. After being a patron for several years, she jumped at the opportunity to become a Museum Educator when it became available.

Britney grew up in the Sierra Nevada mountains, completing her degree in Anthropology in 2017. Britney loves to teach and interact with the families in the museum, her favorite part being that she gets to do hands on science experiments up close with the kids. Prior to her role at The Discovery, Britney was a Staffing Coordinator at Carson Tahoe Hospital, a role she still maintains, part-time.

“I love my job and the time I get to spend with the future generations of scientists, explorers and thinkers!”

As for her future at The Discovery, Britney hopes to see an expansion in outreach, such as mobile science fairs and nature camps, and plans to be a part of the museum’s efforts to reach new communities in exciting new ways. She also would love to implement an Innoskate program from the Smithsonian’s Lemelson Center for the Study of Invention and Innovation here at The Discovery’s Spark!Lab Smithsonian. Keeping in mind that skateboarding and the people that occupy the space are still considered to be part of a counter-culture, Britney feels that expanding the narrative on amateur innovation could open doors and thinking channels for kids who never would have considered themselves to be scientists.

If you see Britney around the museum, say hello. She is always happy to talk to her friends at The Discovery, so don’t be afraid to chat her up!