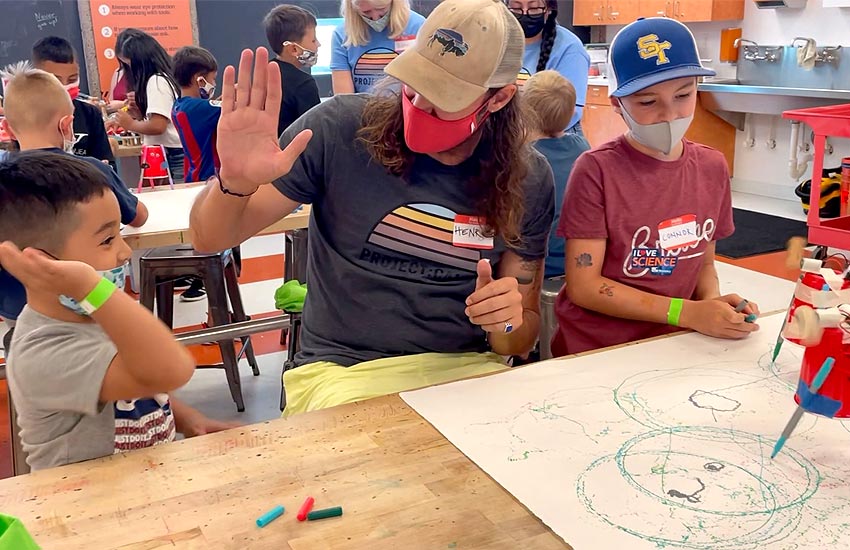 Campers work with staff from Project:Camp 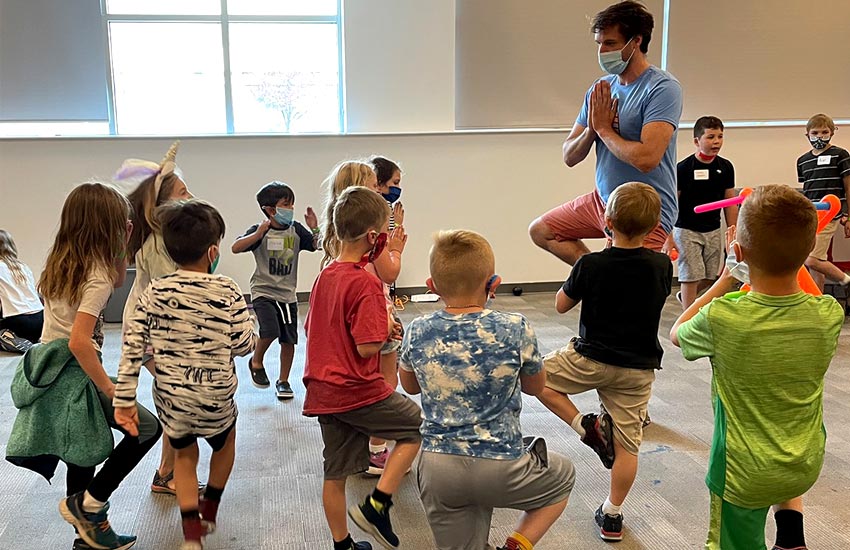 Campers participate in a science demonstration

In early September 2021, the Dixie and Caldor wildfires raging out of control in our region forced the evacuation of communities throughout Northern Nevada and the Lake Tahoe region of California. In response to this unprecedented level of disaster, The Discovery partnered with Los Angeles-based Project:Camp to offer free day camps for children from families forced to flee their homes.

With the expertise of Project:Camp, a nonprofit founded to empower families and communities to care for children during and after disasters, and the dedicated staff of The Discovery, with just two days of planning and preparation a pop-up camp was launched at the museum to serve children from families displaced by the fires.

Though campers arriving on the first day were a bit anxious due of the uncertainty of the moment, by the end of the day they were reluctant to leave, saying goodbye to their new friends and making commitments to return the next day.

While at camp, participants conducted hands-on science experiments, explored the museum, met with guests such as University of Nevada women’s soccer and softball teams, enjoyed lunch and snacks from Great Full Gardens, and shared positive thoughts in a daily gratitude circle.

Jenna, mother of two boys who attended camp said, “Being evacuated, there were no resources, no community. But coming to camp, with the structure and the friends and the fun, gave [my boys] something to look forward to while we figured out next steps.”

Over the nine days of camp, we welcomed more than 200 campers between the ages of 5 and 13. The effort was supported by 67 volunteers who donated more than 2,300 hours of their time to help run the camp.

The ongoing support we receive from our community allows us to serve children and families in situations like this, when it’s needed most. Although we hope that there isn’t a need like this in the future, if there is we will most certainly ask to partner with Project:Camp again to make sure the needs of families affected by wildfire are met.