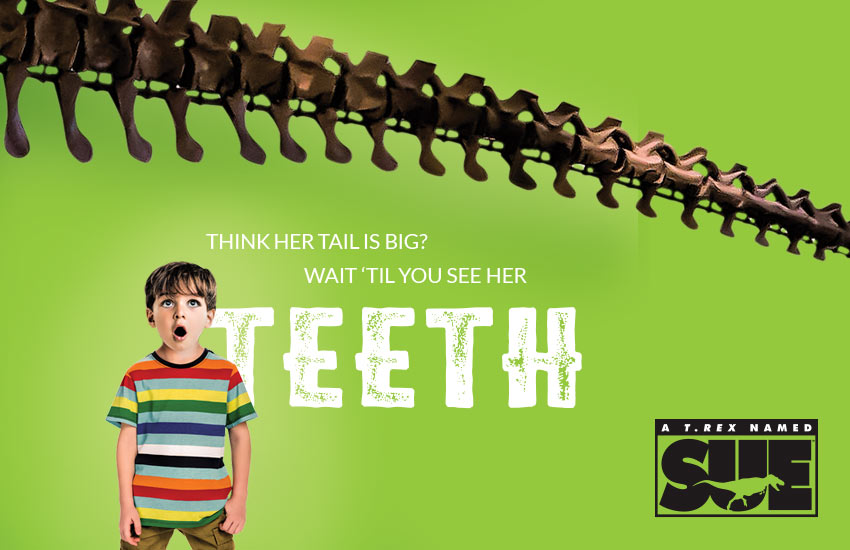 The Discovery invites you to an exclusive, members-only opportunity to explore A T. rex Named Sue, an exciting new temporary exhibition featuring a life-sized cast of Sue, the largest, most complete and best preserved Tyrannosaurus rex ever discovered. A T. rex Named Sue also features a variety of digital and hands-on interactive exhibits to help you uncover Sue’s incredible past and explore the exciting field of paleontology.

RSVP Required
Please use the links below to RSVP for a specific museum entrance time. Once admitted, members are welcome to explore A T. rex Named Sue and the entire museum until 9:00pm.

A T. rex Named Sue was created by The Field Museum, Chicago, and made possible through the generosity of McDonald’s Corporation.