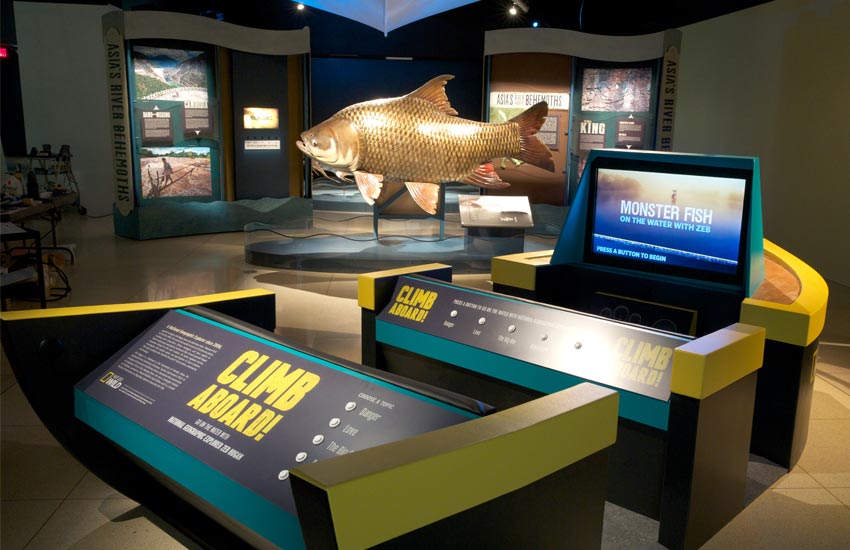 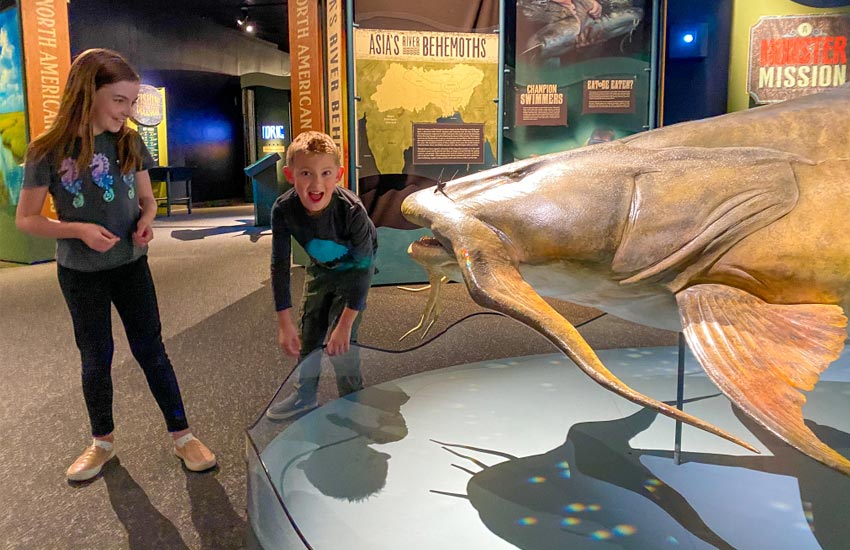 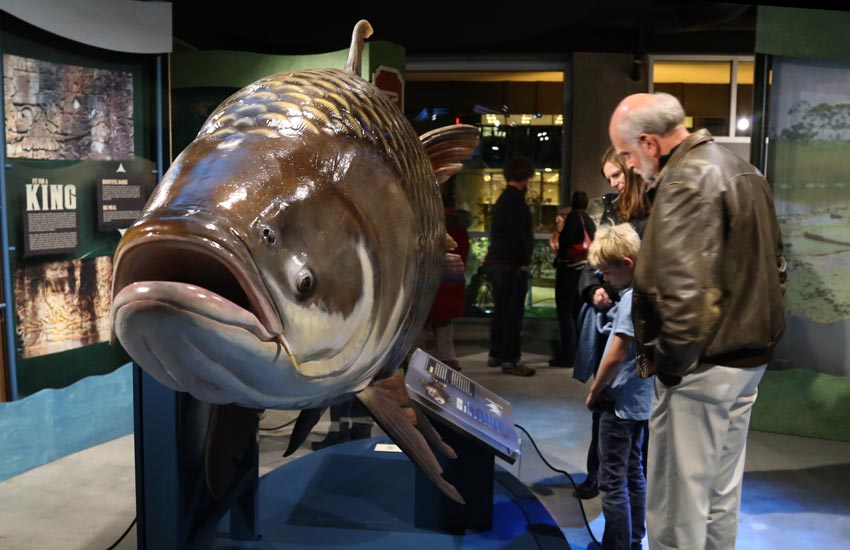 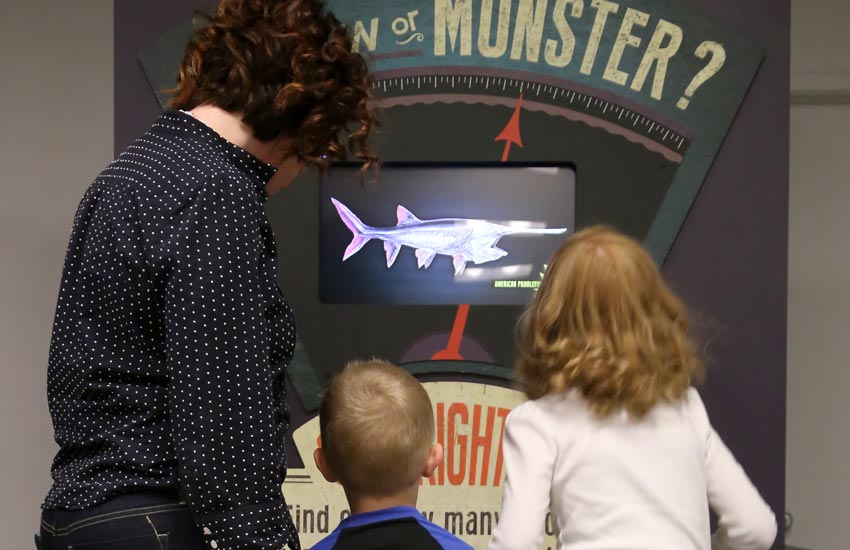 In Search of the Last River Giants

Beneath the surface of the world’s rivers swim mysterious giants. Giant freshwater fish measuring six feet or longer and weighing more than 200 pounds! Explore Monster Fish: In Search of the Last River Giants and join National Geographic Explorer and University of Nevada, Reno professor Dr. Zeb Hogan on a quest to find and study these rare, colossal, and often mysterious fish. From mythical tales and storied traditions, to threats and conservation efforts, gain a greater appreciation for the important role these monstrous fish play in both culture and ecosystems.

Monster Fish will open to the public on Saturday, March 18, 2023 with an exclusive preview for donors and members on Thursday, March 16. 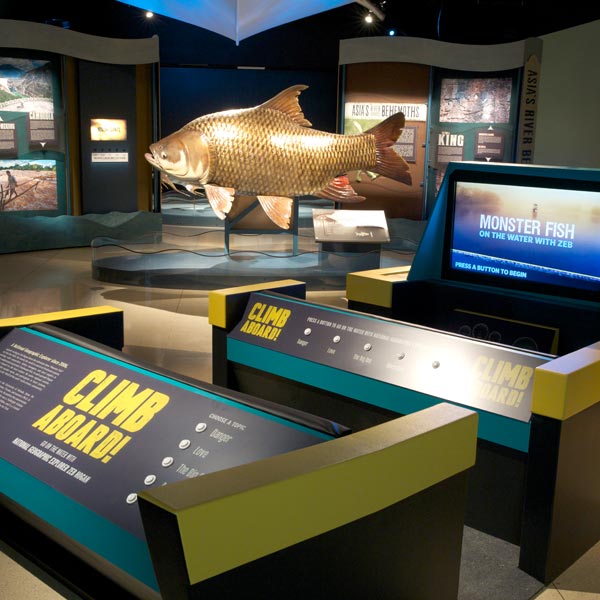 Monster Fish: In Search of the Last River Giants features 6,000 square feet of stunning life-size sculptures, hands-on interactive exhibits, and evocative video installations that put you face-to-face with more than 20 fish species. Embark on a global journey to storied river basins with Dr. Hogan on his quest to find, research, and protect freshwater giants and the habitats they call home. 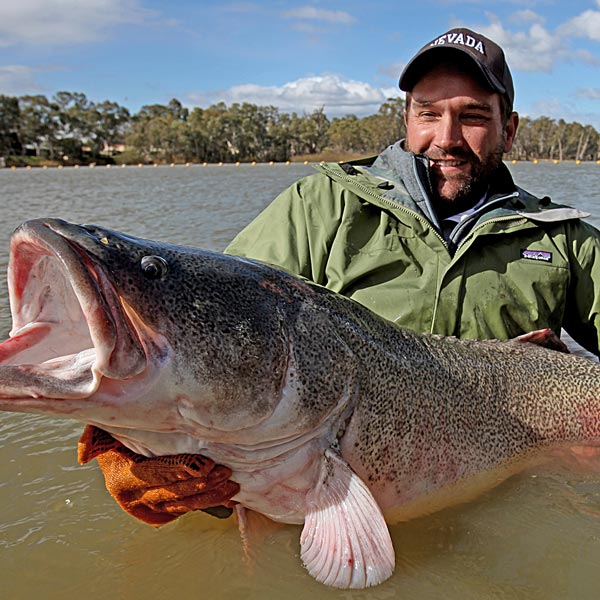 The travels of Dr. Zeb Hogan, Research Associate Professor in the College of Science at the University of Nevada, Reno, have taken him from Mongolia to the Pacific Northwest, Thailand to Australia. The purpose? A singular focus on finding, studying and protecting the world’s largest freshwater fish, an effort to bring attention to the increasingly fragile ecosystems and their endangered inhabitants. Dr. Hogan’s colossal travels are documented in the television show titled “Monster Fish,” which ran for seven seasons on Nat Geo Wild.

Monster Fish: In Search of the Last River Giants is presented in partnership with the University of Nevada, Reno. 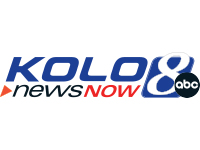 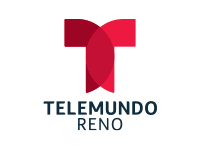