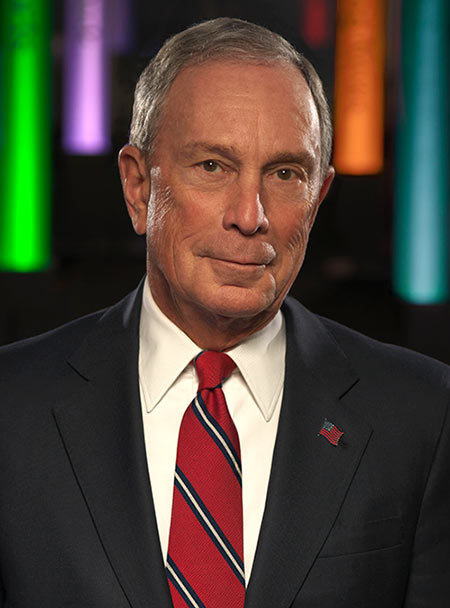 Do you recall the first time you stepped into a museum? What did you learn that day about the power of observation, scientific inquiry, listening skills, or creativity?

In October, the Boston Globe reported that Michael Bloomberg – a billionaire businessman and three-term Mayor of New York – is donating $50 million to the Museum of Science in Boston. In his statement, Bloomberg credited his weekly Saturday visits to the museum as life-changing. He said, “It just showed me the possibilities and showed me what was out there in ways that traditional school didn’t do.”

Even in these divisive, highly politicized times, surveys suggest that trust in science museums is high, perhaps due to an innate understanding of the role that science plays in advancing human civilization. The Terry Lee Wells Nevada Discovery Museum (The Discovery) plays that role in our region.

As a data driven non-profit we are very aware of the research that shows the value of science centers in improving educational outcomes. What gets me up in the morning and eager to get to work is The Discovery’s potential to create the “aha” moments that could change the direction of a visitor’s life forever. If one of those visitors whose life was changed comes back to The Discovery with a gift like Mr. Bloomberg’s, that would change the face of scientific literacy in Nevada forever.

Entrepreneur, Discovery volunteer and donor, Gary Muhonen, shared his own science center story with us recently:

“Back in 1961, my fifth grade class took a field trip to the Museum of Science and Industry in Chicago. Bell Telephone was demonstrating a touch-tone (push-button dialing) telephone and I was amazed that audio tones could be used for dialing phone numbers. I became hooked on learning electronics and I got my amateur radio license a few years later. That early trip to a science center inspired me and it lead to a career in electrical engineering developing computer products.”

Who is visiting The Discovery today that will have a similar, life-changing moment? As The Discovery considers its next 25 or 50 years, perhaps we will receive “the call” from a successful entrepreneur. She may want to make a legacy gift inspired by her experiences learning about innovation and taking an idea to market in the Spark!Lab Smithsonian or The Shop.

Until that time, The Discovery will continue our work as your trusted asset in science education. As Gary Muhonen shared so clearly, “It’s great to have The Discovery here in Reno for our future engineers and scientists.”

If you have already made a gift to The Discovery this year, I thank you. If not, please join us in ensuring that generations to come will benefit from the kind of hands-on science education that Michael Bloomberg and Gary Muhonen grew up with. The Discovery is your science center, after all.

Danielle Williams is a Development Officer at The Discovery working primarily with foundations and grants. She has been with the museum since 2013.